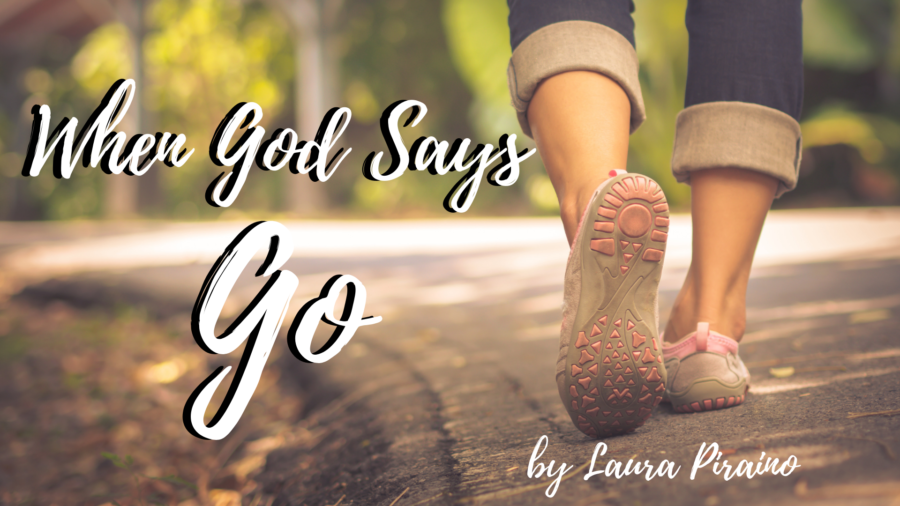 Procrastination.  It’s not a pretty word.  To procrastinate means to delay.  It is the act of delaying something we know we are supposed to do.  We know what life looks like when we delay.  Around the house it looks like a sink full of dishes and a pile of dirty clothes.  At work, delaying what we are to do leads to assignments that lacking punctuality and excellence.  Delaying in our relationships leads to half-hearted friendships and empty spaces.

Rebekah’s story begins in Genesis 24.  A beautiful young woman, she has been to the well too many times to count.  Her assignment has always been to get water for her family and on this day, she was doing just that.

At the very same time Rebekah approached the well, so did a servant.  This servant had traveled a great distance on assignment to find a wife for his master’s son.  Prior to his trip, the master had given the servant instructions for the journey telling him that when he finds the bride for the son, if she will not come back with him, the servant was to leave her there and come back alone.

After a brief encounter with Rebekah, the Lord revealed to the servant that she was the one.  Rebekah agreed to begin this new adventure and hurried to tell her family the amazing thing that God had done at the well that day!  With much excitement and support, her family celebrated and encouraged Rebekah’s new road ahead!  It was clear to them that this was the next thing for Rebekah and surely God had purposed it all!

The next day it was time for the journey to begin.  As the servant prepared for their departure, Rebekah’s family entered the picture again.  Overnight their thoughts had changed.  They began a conversation with the servant suggesting that perhaps it was best, rather than leaving quite so soon, to delay their departure.  Perhaps Rebecca should remain with them just a few more days.

You can almost hear their conversation with the servant.   One by one they would voice their concerns, ‘We really do know that Rebekah is called to this.  We know that God has a plan for her life that includes departing from here, but really, she doesn’t even know where she is going…  Is she sure?  We are confident that God is completely in control, that He has great things for Rebekah, but she has no idea what is ahead…  Maybe she just needs a little more time here, before this new thing begins there.  Does the new thing really have to start so soon?  Can’t it wait just a little bit longer?  Maybe ten more days…or so?’

But her brother and her mother replied, “Let the young woman remain with us ten days or so….”  Genesis 24:55

Ten more days, it wasn’t really that much longer, but the two small words they added on to their request revealed the true intent of their hearts.  ‘Or so.’ That was the clincher.  If those around her could get Rebekah to settle back into where she had always been, where she was comfortable, where she knew the people and life was predictable, if they could just get her to delay just ten more days…or so…, then maybe she would never leave at all.

Rebekah was called into the conversation.   Her family asked her if she was willing to go with the servant into the great unknown.   She confidently declared three words that changed the course of her life forever.  In the face of all that was trying to hold her back, without regard to another ten days or any further delay, Rebekah took a stand and boldly declared,

Only three words.  Ten more days or so was not part of the plan for this woman set on a course by God Himself.  With those three words she put to rest any doubt that she lacked the determination to do what God had called her to do.   These three words set the course for her purpose, put her in position for a great move of God and started her path forward.   She spoke it, believed God, and the journey began!

What a price we pay when we delay!   Remember what the master told the servant prior to his journey?  When you identify the woman, if she will not come with you, then you are to come back alone.  If the woman that I have called for this position chooses to stay back, to remain where she is, even if she delays for just ten more days or so, then she has made her choice.  Leave her behind and come back to me.

Rebekah chose to go.  It was time go forward.  Remaining there any longer would have been completely against what God had for her.  Staying where she had always been would have prevented her from going on.

Has God told you to go?  Has He called you to do something that you have never done before?   What is holding you back?  What is telling you to remain, tempting you to delay?  It could be the voices of well-intentioned people in your life, it could be the voice of fear, insecurity or the voice of doubt.  It could be memories of past failures or the uncertainty of the great unknown.  If Rebekah had said I will stay just a few more days, the opportunity would have passed her by.  Rebekah chose to go.  Going immediately put her in position for her breakthrough.

There is a place in this story for you and me, too.  God continues to call us from where we have always been into our next.  God calls us to GO!  Will we go?  Will we follow Him?  Bold decisions of faith followed by intentional steps of obedience put us in position for the great beyond!   When God says go, there is no time to delay!  Let’s boldly say, just like Rebekah, ‘I will go!’ following Jesus without delay, not even ten days or so!

‘…they left everything and followed Jesus.’  Luke 5:11