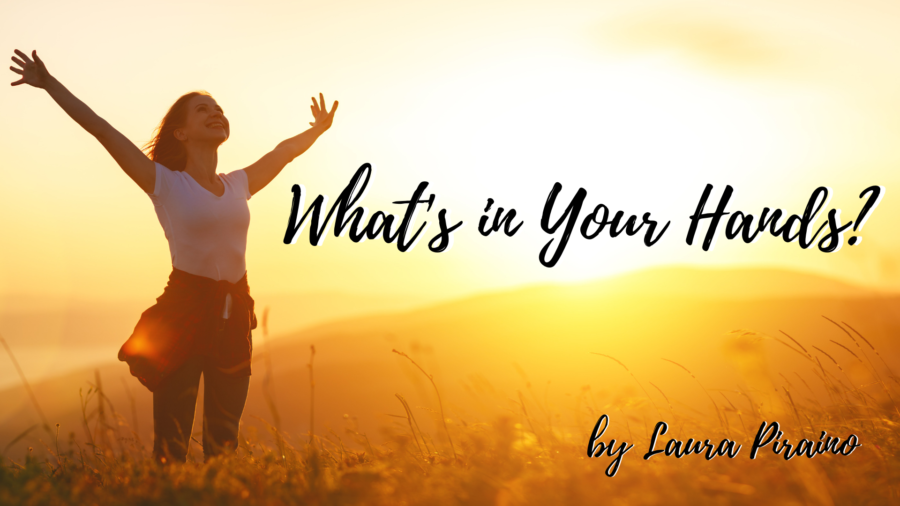 Evidence of the changing of seasons is all around us!  Leaves falling from the trees outside of our windows and school buses on the roads tell us that we have left one season and have entered another.  In this age of social media, a quick look at our news feed tells us the same.

Just yesterday, we called the season summer.  We saw pictures of children at the beach with wet, messy hair, covered in sand.  In their hands they carried buckets so they could transport sand to the water and water to the sand.  These buckets had a purpose and were used accordingly.  In their hands these children carried what they needed for the season they were in.

Just like that, the season changed.  And so did what they carried in their hands.  Overnight, they let go of what they used to hold onto for what they needed to succeed in their next.

For many of us, seasons are changing.  It goes far beyond the changing of the weather or the changing of summer into fall, to a much deeper, personal place.  Just like that, sometimes it feels like overnight, something has changed. We look at our ‘news feeds’ and we see the evidence.  What once looked one way now looks another.  Our smiles are still the same, we are the very same people, but wow, the picture looks so much different.

The Bible is full of men and women who walked through seasons of change.  We could choose any one of them and find an amazing truth to hold onto in our times of transition.  The woman at well is not one of the people we study when we are looking for encouragement in times like this but a small phrase in her story strikes me every time I read John 4.

It was noon when the Samaritan woman approached the well.  Every day of this very long season, she had walked the same path.  Weighed down by shame, this season had been a hard one.  Each day as she made the walk, in her hands she carried a water jar, a necessary item to complete the task she had been assigned.  It would have been impossible to do what she was called to do without it.

Waiting for this woman at the well was Jesus.  He engaged her in a beautiful conversation offering the tired woman a new beginning.  He revealed Himself to her as the only One Who truly satisfies, the One she had waited for all of her life.  He offered her a new start…

He offered her a new season.

Her heart was moved by the words Jesus spoke and just like that, this woman stepped into her new.  Compelled by the truth, she responded to what she heard. With a new spring in her step, she went back to town, but before she left, she did something she had never done before.

Then, leaving her water jar, the woman went back to the town… John 4:28a

She left her water jar behind.  Don’t miss the magnitude of that phrase.  Such a small thing and yet so significant at the same time.  She left her water jar at the well.  The thing that she had carried in her hands, the thing that carried great purpose in her last season carried no purpose in the next.  The jar she held onto with both hands in order to do what she had been called to do was no longer necessary for what was ahead.

She left it behind and with empty hands this woman ran!  She boldly went to those she had previously feared encountering and told them about the One she had met at the well.  She shared the truth that she had experienced through meeting Jesus and what a response she saw!

‘Many of the Samaritans from that town believed in him because of the woman’s testimony…’ John 4:39a

Many from her community believed in the Lord that day!  Why? Because one woman put down what used to be in her hands in order to run free into the next God had prepared for her.

What if the Samaritan woman had not left the water jar behind?  What if she continued carrying into her future what she used to carry in her past?

That water jar would have tripped her up.  Can you picture her running to tell the community the good news, still carrying a large, clay water jar?  Can you see her stumble, having to stop to take a break?  By the time she reached the people, she would have been exhausted, her testimony would not have been quite so effective.  The water jar that she used to carry would have become a burden in her hands rather than something purposed to sustain life.

The Samaritan woman was entering a new season.  So she laid aside what she used to hold in order to pick up what she needed to hold next.  She was the same woman, wearing the same clothes.  She had the same past, but she had a completely new future and with empty hands, she was ready to run!

Are you entering a new season?

There are things in our lives from the ‘summer’ that just won’t work in the ‘fall’.  There are things that we have held onto from the past that had a great purpose for the past.  They are good things!  God used them to give and speak life….for that season.

But a new season has come and as hard as it is, these things need to be left behind.  When it is time to move into what is next, God has new things to put in our hands and new places to run!  Without letting go of our water jar, we will stumble, we will become exhausted, we will have to stop and take a break. We will not be able to pick up what He has for us next if our hands are still full from the past.

Take a minute to look at your hands.  What are you holding onto that worked for the last season you were in but is unnecessary for your next?  What is on your schedule, what are your commitments, your priorities?  What is your water jar?  What has God told you to leave at the well because it is unnecessary going ahead?

Don’t carry into this next season of your life what you were meant to leave behind.  Don’t hold onto things from the past that will drag you down.

This woman in her new season, with empty hands, was the first to go and tell!  She could not have accomplished her God given assignment if she had not left it all behind.

As you prepare to enter your next, ask God to highlight what you are to leave at the well. Intentionally put down your water jar and run with empty hands to what He has for you.  Trust Him to put into your hands what He has for you next and while you run, tell a few friends about the Savior!

And while you are at it, keep an eye on your ‘news feed’!   You will be amazed as you see God share ‘photos of YOU’, His daughter, all dressed up, stepping into your next season, hands full of exactly what you need in order to succeed in what He has called you to do!

They left everything and followed Jesus.  Luke 5:11b